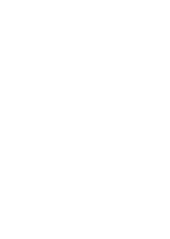 The whole world is a mosque, the Prophet Muhammad once said. With pious intent, a faithful Muslim can conjure a mosque almost anywhere, transforming a desert sand dune, airport departure lounge or city pavement into a sacred space simply by stopping to pray. The first mosque was Muhammad’s mud-brick house in Medina, where a portico of palm-tree branches provided shade for prayer and theological discussion. As the young religion spread, Arabs — and later Asians and Africans — developed their own ideas of what made a building a mosque. But that innovative spirit has slowed in recent decades, leaving most Islamic skylines dominated by the dome-and-minaret design that first appeared centuries ago.

Like many architects designing mosques, Böhm grappled with how much access women should have to the most important parts of the building. Traditional mosques tend to keep women hidden by walls or curtains. In newer, more progressive buildings, prayer areas for men and women often remain separate — but equal. After much debate, the Cologne mosque committee agreed that women and men should pray in the same room, but with women confined to a balcony. Böhm’s design is flexible enough that one day both sexes could end up on the same level. “I’m an architect, not a politician,” he says. “But I’ve included little details — like allowing men and women to come through the same doors — that allow for evolution. It’s a process that’ll take time, just as in the Catholic Church. My father could remember women sitting on the upper level in the church, and men downstairs.”

Unsurprisingly, it’s immigrant Muslim communities that are pushing the biggest changes. “The Western mosque is fast becoming the site of contestation between the kind of Muslims who espouse the traditional mosque, and those who want to win proportionate space for women,” says MIT’s Khalidi. “The second generation are the ones demanding, and often getting, that kind of space.” Architectural historian Khan estimates that until recently, North American mosques gave only about 15% of their space to women. Over the past five years or so, the space women have access to has increased to at least 50%.

The new architecture and the break with traditions are beginning to influence designers in Muslim nations as well. Sometimes the change is simply a return to the religion’s roots. Architect Zeynep Fadillioglu drew on her own experiences praying in mosques when designing the ultramodern Sakirin Mosque in Istanbul. “In the Prophet’s time, men and women prayed next to each other,” she says. “Lately, with the rise of political Islam everywhere, the women’s sections have started to be covered up and boxed off. I’ve been in mosques like that, and I felt very uncomfortable.”

Fadillioglu’s women’s section is an expansive balcony overlooking the central hall and divided only by crisscrossed railings. An airy and luxurious sensibility pervades the building. The facilities for preprayer ablution have blond-wood and Plexiglas lockers. In the main hall hangs a bronze chandelier, dangling with hand-blown glass raindrops — a visual allusion to the Koranic verse that says Allah’s light should fall on believers like drops of rain. The mihrab, which indicates the direction of prayer, is tulip-shaped and turquoise — “an opening to God,” says Fadillioglu.

God is celebrated in a different way in the Floating Mosque currently under construction off the coast of Dubai. Designed by Dutch firm Waterstudio.NL, the arresting building, which is due to be finished by 2011, resembles a futuristic submarine rising from the Persian Gulf with minarets so short and slender they could be periscopes. Built of floating modules of concrete and foam, it will be cooled by seawater pumped through the roof, walls and floors.

Back in Europe, a group of young Dutch architects led by Ergün Erkoçu wanted their concept for the Polder Mosque to achieve a similar level of cool. Riffing on the Dutch idea of seeking consensus, their design features not minarets but windmills. Inside, they planned space for a hammam (or bathhouse) and a row of shops. The mosque was never meant to exist but to generate discussion. Mission accomplished: elders have sniffed that it isn’t traditional enough and Dutch-born Muslims eager to see the mosque’s role expand beyond prayer have applauded it.

The design also earned Erkoçu a commission for the An-Nasr Mosque in Rotterdam, where again he is tweaking tradition. An-Nasr’s minaret will be glass — transparent and subtle, rather than dominating the skyline. The call to prayer will be broadcast in lights, pulsating to the rhythm of the muezzin’s voice. Once the mosque is built, Erkoçu hopes Rotterdam’s citizens will see the call to prayer beamed across the sky. Muslims will be able to look up and, no matter where they are in the city, turn their thoughts to prayer.

“Updating the Mosque for the 21st Century”